2020 was an incredibly challenging year for Australian dairy processors. Through the COVID-19 pandemic, dairy processors were forced to contend with disruption to supply chains, the closures of usual distribution channels including cinemas, cafes and restaurants, panic buying clearing out supermarket shelves, state border restrictions and closures impacting workers in border communities and being forced to work quickly to ensure COVID-safe operation of manufacturing facilities.

But it’s not just COVID-19 that has challenged the sector in recent years. Factors such as increasing input costs combined with deflated retail prices and growing import competition have impacted dairy manufacturing margins, and in turn capital investment and investment in innovation. This comes at a time when we should be taking advantage of free trade agreements, growing international demand and responding to fundamental shifts in consumer attitudes to food.

Having said that, the resilience displayed by processors has been impressive and the future is looking bright. Last year we saw the introduction of two key initiatives that are restoring confidence in our industry and putting us back on the road to profitability. The first was the Dairy Code of Conduct, which is an industry code governed by the Australian Competition and Consumer Commission (ACCC) that aims to improve the transparency and trading arrangements between dairy farmers and processors. The second was the launch of the Australian Dairy Plan, an industry-wide strategic plan that maps out a set of key initiatives to create a more profitable, confident and united Australian dairy industry over the next five years and beyond.

With a positive, yet cautious, outlook heading into a new year; we’ve got our eye on three trends that are most likely to shape the Australian Dairy Industry in 2021.

Australian dairy is an export over-achiever. While Australia accounts for only 2 per cent of estimated global milk production, our exports make up a 5 per cent share of the world dairy trade, which positions us as the fourth largest global exporter of dairy. Australia’s dairy exports are estimated to generate annual revenue of A$3.4 billion, with our key markets being China, South East Asia and Japan.

In respect to trade and foreign market access, the Australian dairy industry’s focus will be on Europe in 2021.

In a cause for concern, under a demanding Geographical Indications (GI) system, the European Union (EU) is pushing for exclusive use of 172 food names, which runs the risk of Australian dairy producers losing their right to common cheese names including feta and parmesan.

The Australian dairy industry believes that the EU’s demands are anti-competitive, overly restrictive and fail to take into proper account Australia’s status as a multicultural nation and our significant European heritage. The Australian Dairy Industry Council has calculated that the EU’s demand to restrict cheese and dairy product names could put $650 million worth of local product sales in jeopardy.

The Australian dairy industry has long been a supporter of an open international trading environment. We welcome trade agreements that create free and fair market access and trade opportunities between countries. We want to see this continue in 2021.

2. Managing perceptions around the health and nutritional value of dairy in Australia

In Australia, Health Star Rating front of pack labelling is a key tool to help consumers make more informed, health-conscious dietary decisions. Since its implementation in June 2014, the Australian dairy industry has advocated for a fair labelling system that appropriately represents the nutritional credentials of dairy foods – milk, yoghurt and cheese.

Traditionally, the Health Star Ratings have been guided by the Australian Dietary Guidelines, which identify Five Food Groups essential for a balanced diet. The Five Food Groups are grains, vegetables, fruit, lean meats and poultry, and dairy – including milk, yoghurt and cheese.

Disappointingly, in November 2020, the Health Star Rating calculation system was revised, and while improvements were achieved for Five Food Group yoghurts, more than half of all Five Food Group cheeses continue to score less than three out of five stars.

The Australian dairy industry believes this revised Health Star Rating system fails to take into account the nutritional benefits of cheese, and unfairly puts it on par with certain junk food purely due to its inherent sodium and fat content.

Looking ahead to 2021, the Australian Dairy Products Federation (ADPF) will continue to work alongside Dairy Australia to engage government to achieve a better outcome for Five Food Group cheeses under the Health Star Rating system.

In addition, we also expect to see further progress made on the review of the Australian Dietary Guidelines this year. Our hope is that dairy products are reviewed fairly as part of this process for the important role they play as part of a balanced diet, and that decision makers are well-informed about the nutritional benefits of dairy, backed by the latest scientific evidence.

3. Improving trust and transparency along the dairy supply chain

For much-loved dairy products to remain consistently on supermarket shelves, the entire dairy supply chain must work in cooperation. Therefore, trusting and transparent relationships between dairy processors and dairy farmers are critical to the industry’s future profitability.

In November last year, the ADPF launched the Milk Value Portal (MVP) – a resource to help demystify farmgate milk pricing. The MVP is a comprehensive, central source of information on the farmgate milk price and what drives it, publicly available through: www.milkvalue.com.au.

At its core, is the Farmgate Milk Value Tool that uses aggregated primary data from processors to clearly show the average and range of values of raw milk in each region, by farm size and time of year, and also taking into account milk composition such as fat and protein.

The Portal also features relevant intelligence and insights of local and global dairy products markets and supply chain influence on price, to provide a complete picture on the value of raw milk.

This means that in 2021, farmers will enter the season better equipped with information to help make better business decisions This is all part of a plan to increase confidence in the industry, to optimise supply and production levels.

In a post-COVID world, the ongoing and future profitability of dairy processors is even more critical. Australia is recognised as holding world’s best status in manufacturing nutritious dairy products for domestic and international markets and the processing sector provides jobs for around 20,000 Australians. Many milk processing factories are the backbone of regional communities and are critical for the sustainability and prosperity of many regional areas.

After a tough few years, we are quietly optimistic for 2021. 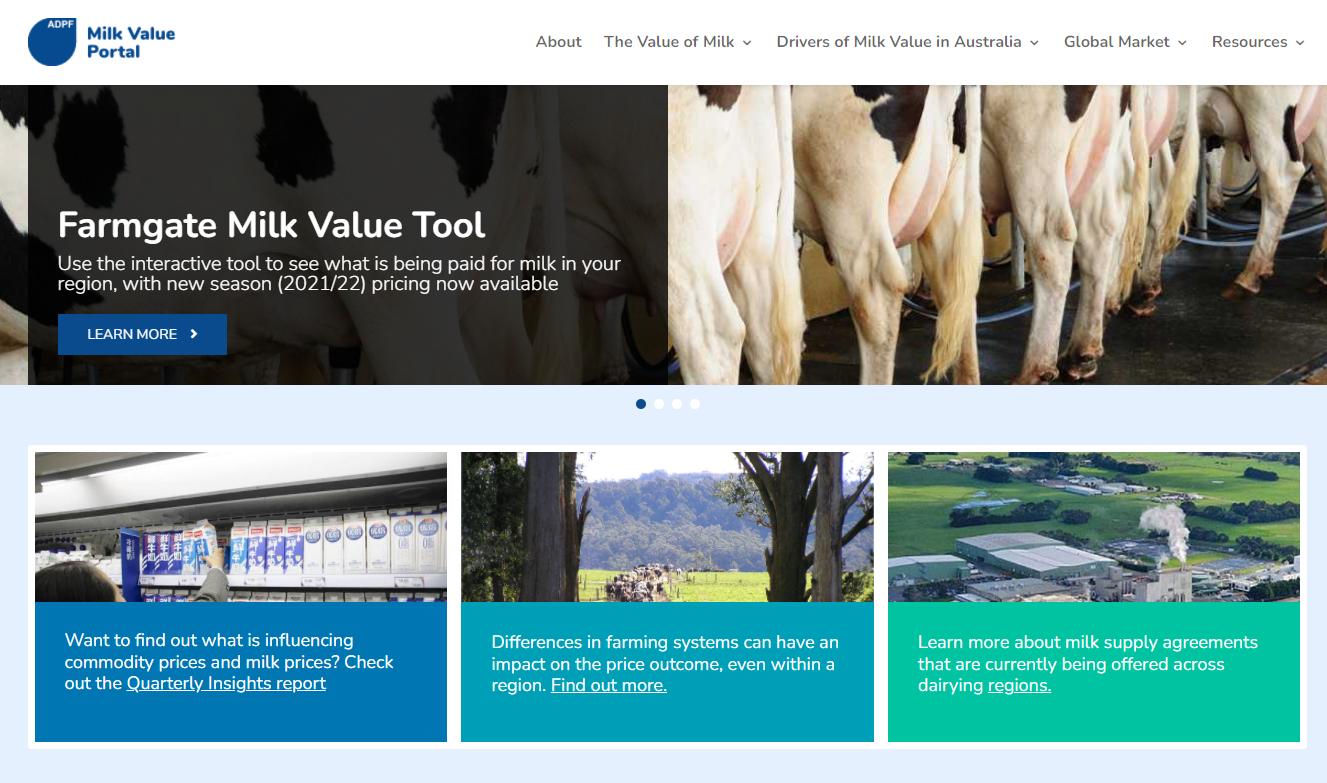 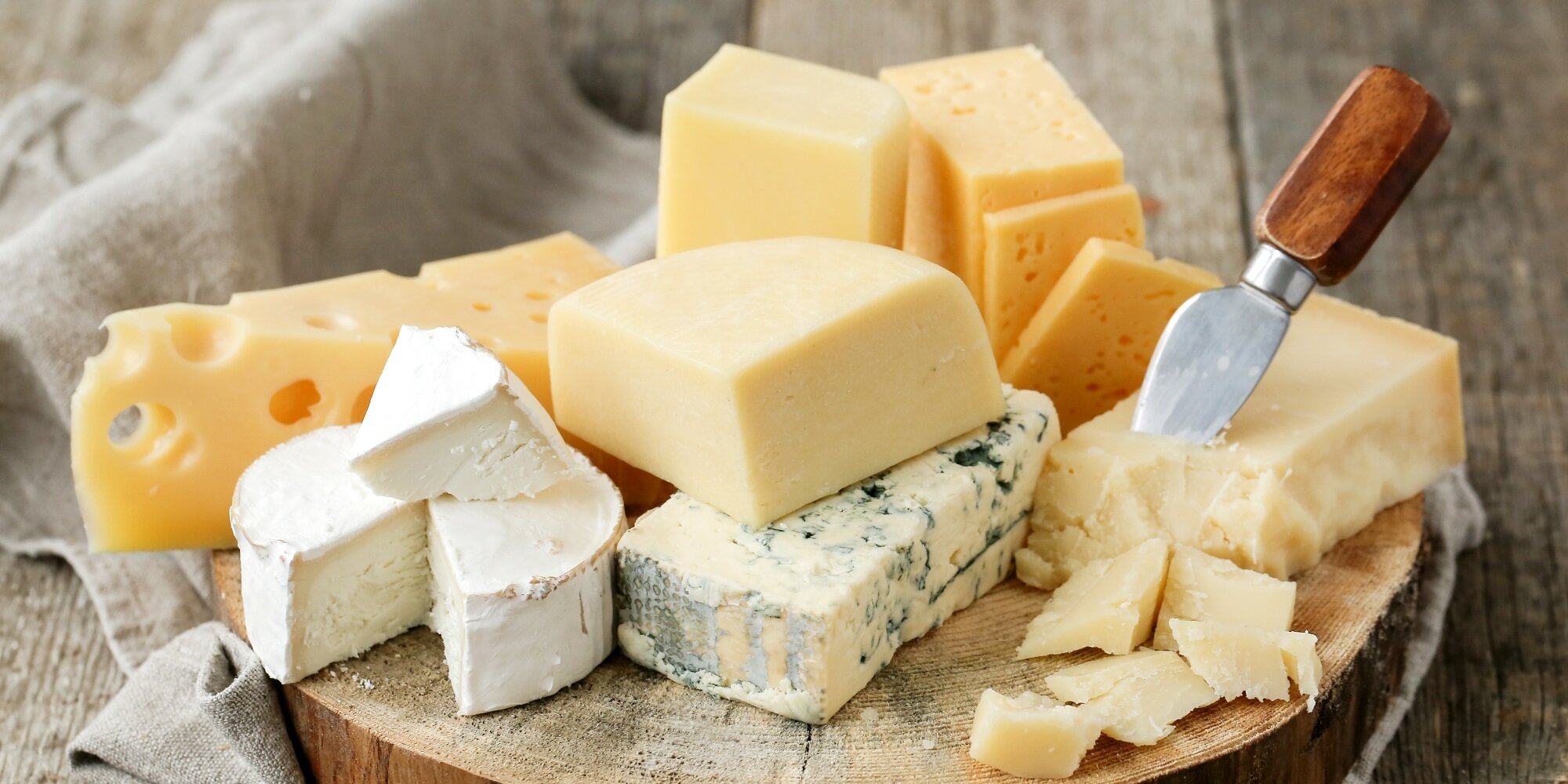 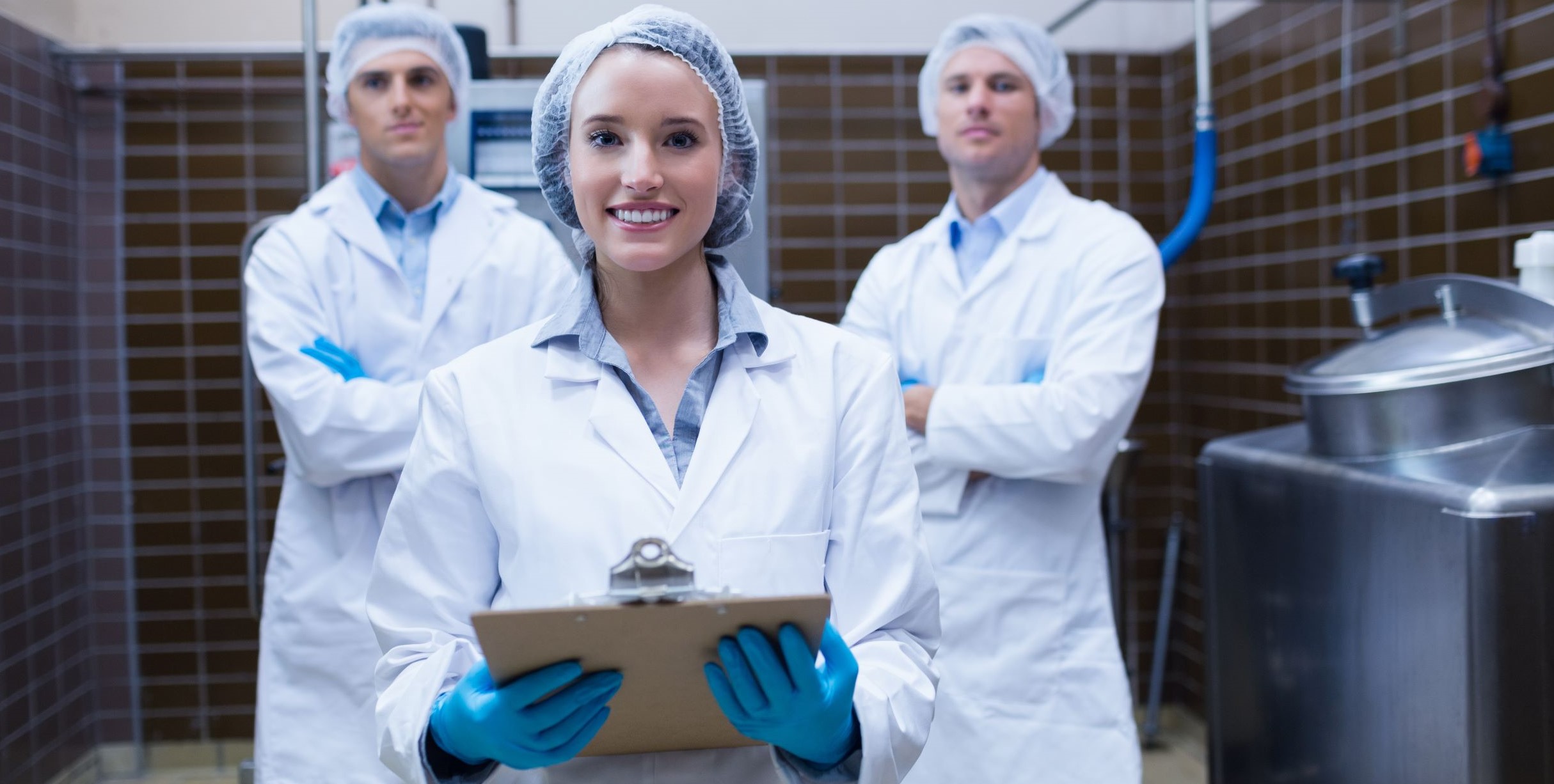