The Australian dairy industry can be complex, with many moving parts. Effective policy and regulation are required to create an environment where our industry can thrive.

ADPF advocates for a better deal for dairy using one unified, considered voice to represent whole of industry. ADPF is the critical link between farmers and consumers.

The Australian dairy industry works best when all players are working harmoniously together.

ADPF will call out counter-productive policies that don’t benefit the entire Australian dairy supply chain. This means taking on big arguments and taking a stance on regulation that matters to members.

The Dairy Code of Conduct (Dairy Code) is an instrument under the Competition and Consumer Act 2010 and came into effect on 1 January 2020. The Dairy Code aims to improve the transparency of trading arrangements between dairy farmers and those buying milk.

The Dairy Code sets out mandatory elements in supply contracts and requires processors that intend to purchase milk during the next financial year to publicly publish standard forms of milk supply agreements on their website before 2pm on 1 June each year, including minimum milk pricing.

ADPF hopes that the Dairy Code will see greater cooperation between farmers and processors – key to the long-term success of our industry.

ADPF has now taken this a step further by creating the Milk Value Portal, which provides publicly available milk pricing data and puts it into an easy-to-interpret format for farmers and analysts. This enables a better understanding of how farmgate milk pricing works and the factors affecting milk prices offered to farmers across Australia.

For more information on the Dairy Code, visit the ACCC’s website.

Since deregulation, there has never been a comprehensive, central point of information for farmers to get an understanding of how farmgate milk pricing (FMP) works.

FMP is seen by many as complex, risking making on farm revenue business decisions more difficult than many would like.

While the ADPF it is not in a position to simplify it, it is able to use primary data exclusively from dairy processors, to better help explain the complex question ‘what is the FMP?’ and ‘what drives the FMP?’

In an industry-first, the ADPF with the support of dairy processors – both ADPF members and non-members – have created the Milk Value Portal, designed to provide farmers and analysts data and insights to better understand the milk market and make more-informed business decisions to get the most value out of their raw milk.

At the core of the Milk Value Portal is the Farmgate Milk Value Tool, which takes aggregated FMP data and puts it into an easy-to-use format that farmers can easily interpret.

The tool allows a farmers to enter their farm parameters such as geography, farm size, and milk fat and protein content to see what is the average value of their milk, at a particular time of year – in cents/ litre and $/ Kg of milk solids.

The data is regularly updated to ensure the Portal remains relevant.

The Portal will also feature relevant intelligence and insights of the dairy products market (local and global) and supply chain influences on FMP.

Milk Value Portal is ADPF’s commitment – as the peak body for dairy processors – to industry trust and transparency and rebuilding trusted partnerships between farmers and processors, as well as Commitment 5 of the Australian Dairy Plan.

The Milk Value Portal is available through a simple, mobile-friendly website. For more information, visit www.milkvalue.com.au 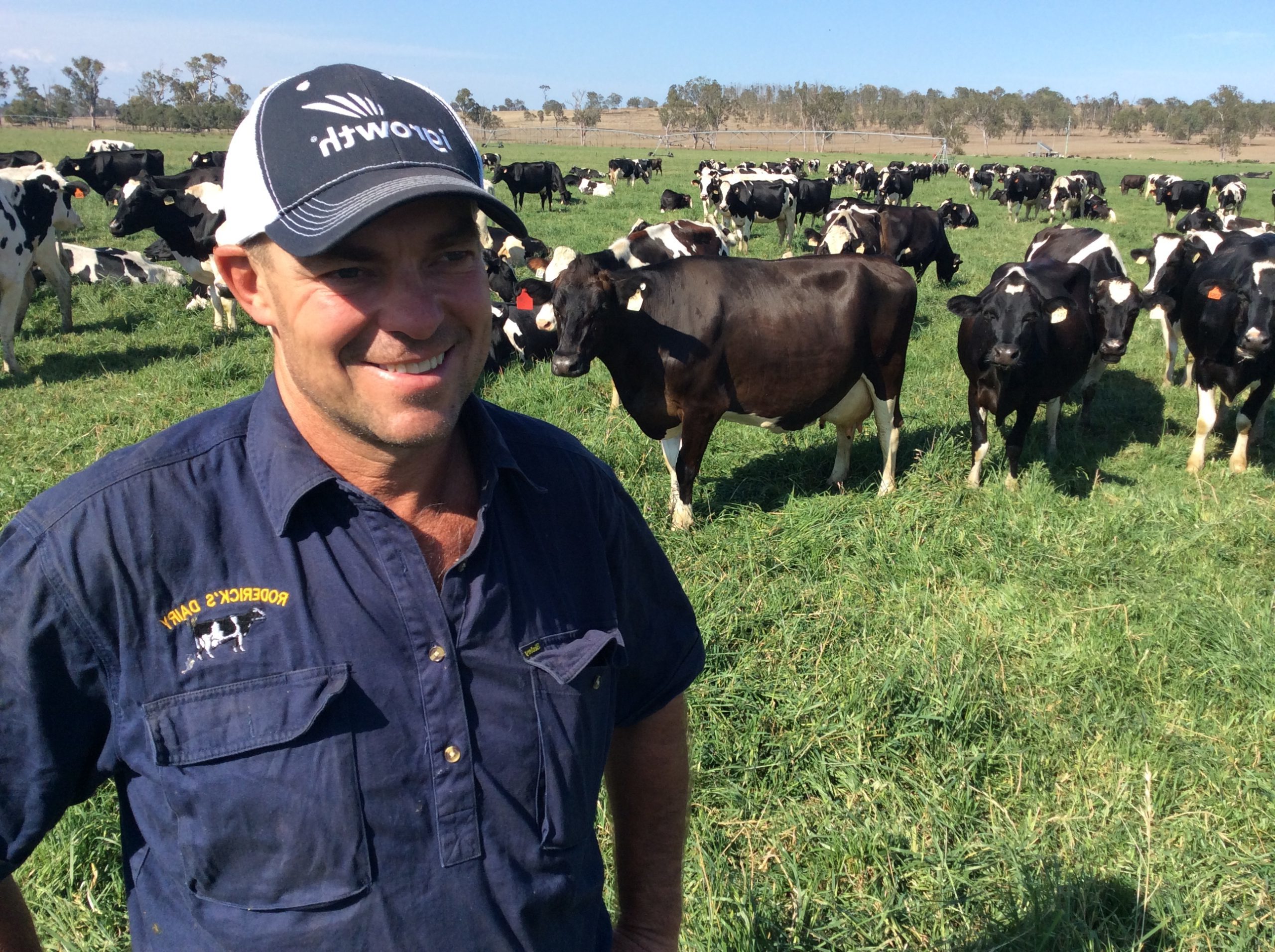 The Health Star Rating system is a front of pack labelling system that uses a star-rating to highlight the nutritional profile of packaged foods in Australia – with a rating of 0.5 to 5 stars, with 5 stars being the best.

Since its implementation in June 2014, the dairy industry has advocated for a fair labelling system that appropriately represents the nutritional credentials of dairy foods – milk, yoghurt and cheese. Unfortunately, many yoghurt and cheeses scored less than 3 stars – despite a founding principle that all Five Food Group (or ‘core’ foods – which includes dairy) score a minimum of 3 stars.

In November 2020, the Health Star Rating calculation system was revised, and while improvements were achieved for yoghurts, more than half of all Five Food Group (or ‘core’) cheeses continue to score less than three out of five stars.

Cheese is an integral part of the dairy food group, which alongside grains, vegetables and legumes, lean meats and fruits, is considered a Five Food Group, as per the Australian Dietary Guidelines (ADG). The ADG state that Five Food Groups are those that should be consumed regularly as part of a balanced diet.

Despite this, in July the Australian and New Zealand Ministerial Forum on Food Regulation endorsed a revised Health Star Rating system that fails to take into the account the nutritional benefits of cheese, and unfairly puts it in on par with certain junk food purely due to its inherent sodium and fat content.

ADPF supports the principles of the Health Star Ratings as an important tool to help Australians make informed, healthy food decisions. However, we continue to advocate for the nutritional benefits of Five Food Group cheeses to be better acknowledged, as dairy plays an important role in a balanced diet.

The 2013 Australian Dietary Guidelines (ADG) provide guidance about the amount and types of food that Australians should eat for overall health and wellbeing, based around the five food groups – which include dairy and alternatives. The recommendations are based on scientific evidence, developed by assessing good quality research.

In July, the Federal Minister for Health, Greg Hunt, announced a $2.5 million funding commitment to review the ADG (published in 2013).

The ADG are a primary resource used across all sectors of the industry to inform key health policies, education and communication.

The dairy industry’s position is that we support the review of the Australian Dietary Guidelines (ADG) as we seek to maintain our position as a meaningful part of the critical conversations throughout the review process.

Under the review, dairy is defined as milk, cheese, yoghurt and custard – plain and flavoured, regular and reduced fat. Our aim is that dairy foods are recognised as an integral part of healthy, sustainable eating patterns, due to dairy’s contribution to the health and wellbeing of Australians.

The Dietary Guideline review must reflect the latest scientific evidence and consumer insights, be underpinned by positive language and practical messaging, and adopt a regular review period (suggesting every 5 years).

As part of the wider review, we are proposing a review of four existing elements of the current guidelines, as well as the introduction of three new elements to the guidelines.

We propose the following existing elements are reviewed:

We propose the introduction of the following new elements: 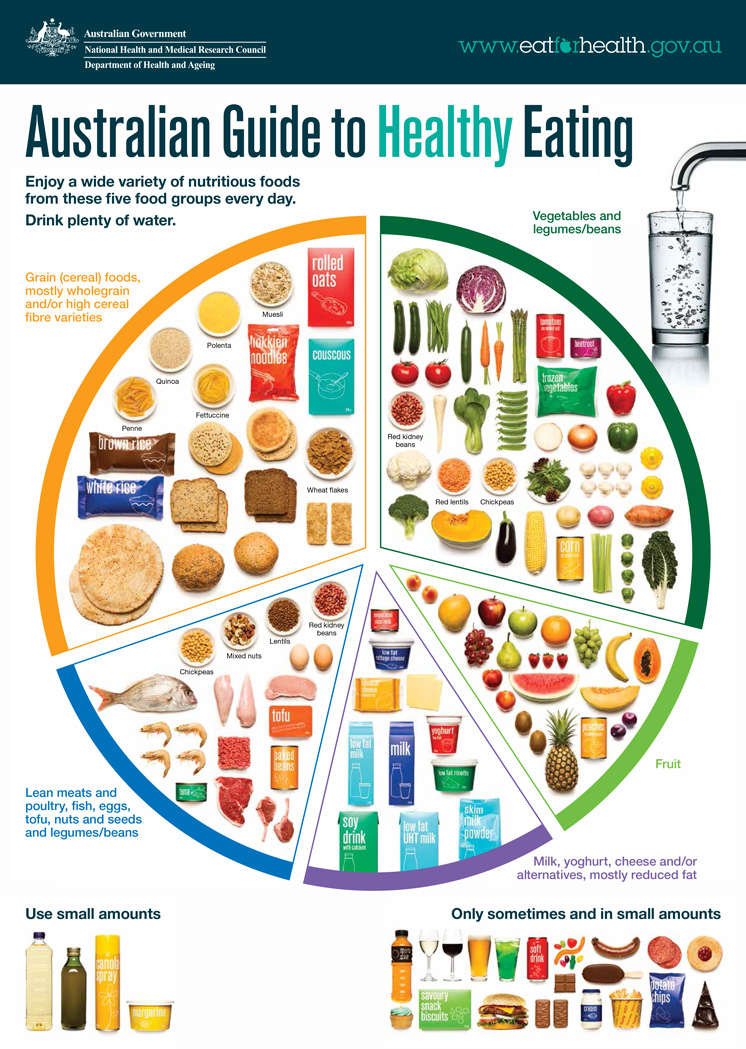 Senate Inquiry into the performance of the Australian dairy industry

In October 2019, the following matter was referred to the Rural and Regional Affairs and Transport References Committee for inquiry, with a report due by 25 March 2020, referencing:

The Report was released on Thursday 18 March 2021 and outlines 14 recommendations – with several related to dairy processors.

The Australian Dairy Products Federation (ADPF) and its members are committed to a thriving, profitable and sustainable dairy industry that meets the demands of the vibrant domestic market and remains export competitive.

We are pleased to say that the processing sector has a number of initiatives in progress that address the recommendations outlined in the Senate Inquiry Report – in addition to related work underway on the Australian Dairy Plan and the Milk Value Portal.

Examples of specific activities related to the Report recommendations:

ADPF in collaboration with Dairy Australia, is undertaking a Due Diligence project to understand the value of their ‘whole of supply chain’ program to dairy processors. The outputs aim to guide this scope of work and the potential financial contribution from processors (as well as lending to a broader piece of work on industry organisational reform) [Report recommendation 2].

ADPF and its members have worked diligently to implement the Dairy Code of Conduct that came into effect on 1 January 2020 (supported by stakeholder education and industry resources) and are also preparing for the 12-month review expected to commence in July.

ADPF will continue to monitor the landscape and proactively engage with stakeholders to support and drive the viability of the dairy industry.

The Tribunal has confirmed that it has made that determination by consent, setting aside ACCC authorisation AA1000530.

The effect of that consent determination is that, consistently with the relief sought by ADPF in its application, the QDO ‘Fair Go Dairy’ scheme is no longer authorised.

ADPF is pleased QDO has consented to the authorisation being set aside, bringing the right outcome for the dairy industry and consumers.

On 12 March 2021, the Australian Competition and Consumer Commission (ACCC) issued a determination granting an application by Queensland Dairyfarmers’ Organisation Ltd (QDO) for authorisation in respect of the ‘Fair Go Dairy’ product licensing scheme.

ADPF was proceeding with its application before the Tribunal and had recently filed a detailed Statement of Facts Issues and Contentions setting out the basis upon which the ‘Fair Go Dairy’ licensing scheme authorisation should be overturned.

In September 2020, Minister Littleproud convened a round table to understand industry’s views on the labelling and marketing of plant-based alternatives (PBA) and whether consumers may be being misled by current communication.

It was agreed that a PBA working group be established to conduct an evidence-based investigation on labelling and marketing of plant-based alternatives versus meat and dairy, and to consider whether existing arrangements can be improved – taking lessons from the Food Forum Ministerial review that concluded in July 2020.

The findings of the PBA working group will be used to develop an understanding of options to present to the Minister in March, along with recommendations for stakeholder engagement.

Both ADF and ADPF are part of the working group, supported by the technical expertise of Dairy Australia and a dairy processors sub-committee. We are working to provide a sound evidence base on which to base the recommendations on.